Parscale has indicated that he plans to open up a new front in this war: local news. Last year, he said the campaign intends to train “swarms of surrogates” to undermine negative coverage from local TV stations and newspapers. Polls have long found that Americans across the political spectrum trust local news more than national media. If the campaign has its way, that trust will be eroded by November.

Sinclair Broadcast Group, a media company, owns or operates 294 television stations across the United States in 89 markets ranging in size from as large as Washington, D.C. to as small as Ottumwa, Iowa–Kirksville, Missouri. Running parallel to this effort, some conservatives have been experimenting with a scheme to exploit the credibility of local journalism. Over the past few years, hundreds of websites with innocuous-sounding names like the Arizona Monitor and The Kalamazoo Times have begun popping up. At first glance, they look like regular publications, complete with community notices and coverage of schools. But look closer and you’ll find that there are often no mastheads, few if any bylines, and no addresses for local offices. Many of them are organs of Republican lobbying groups; others belong to a mysterious company called Locality Labs, which is run by a conservative activist in Illinois. Readers are given no indication that these sites have political agendas—which is precisely what makes them valuable.

Some maps to relay the sheer magnitude of the operation with over a thousand domains operating as fake local journals: 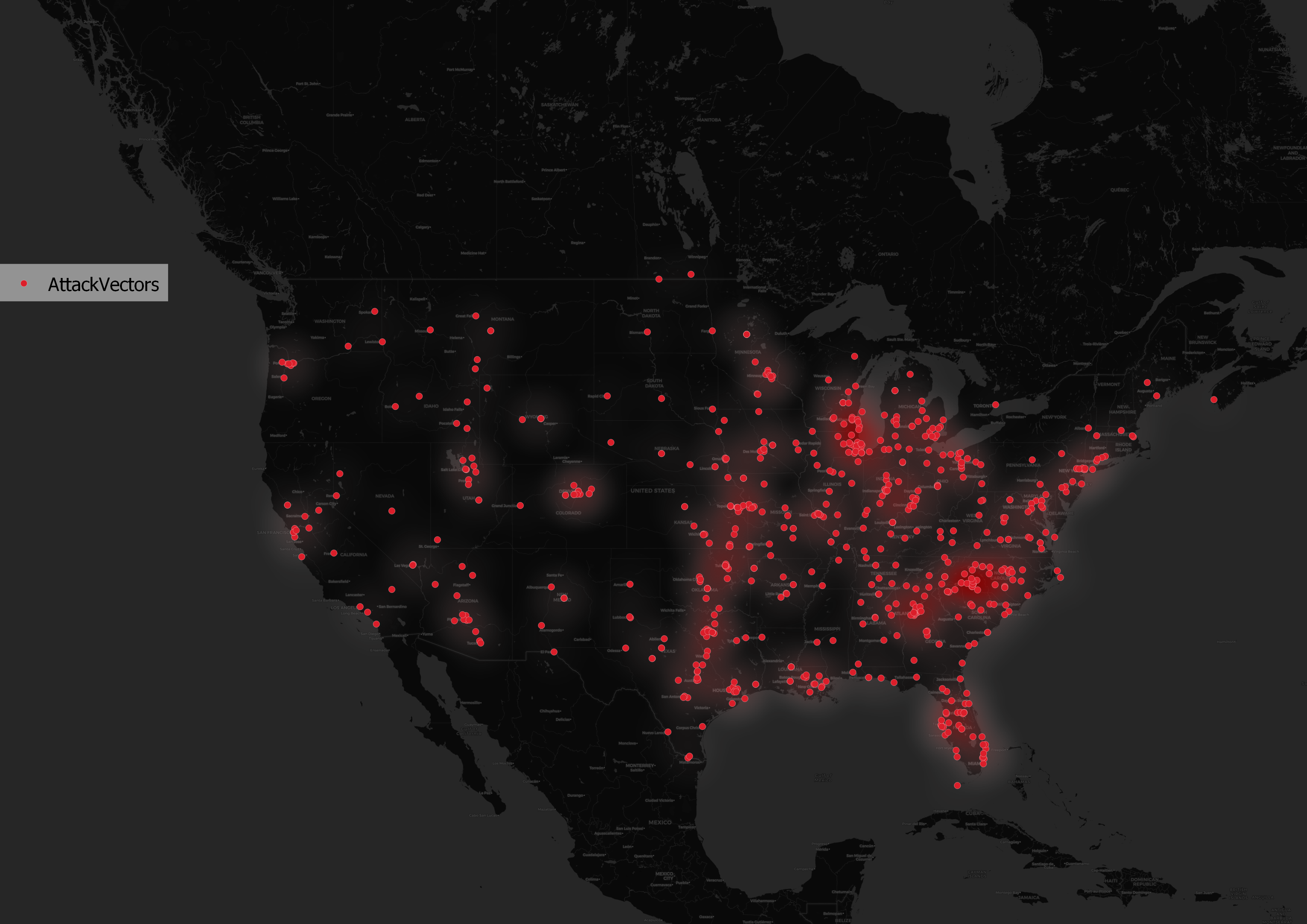 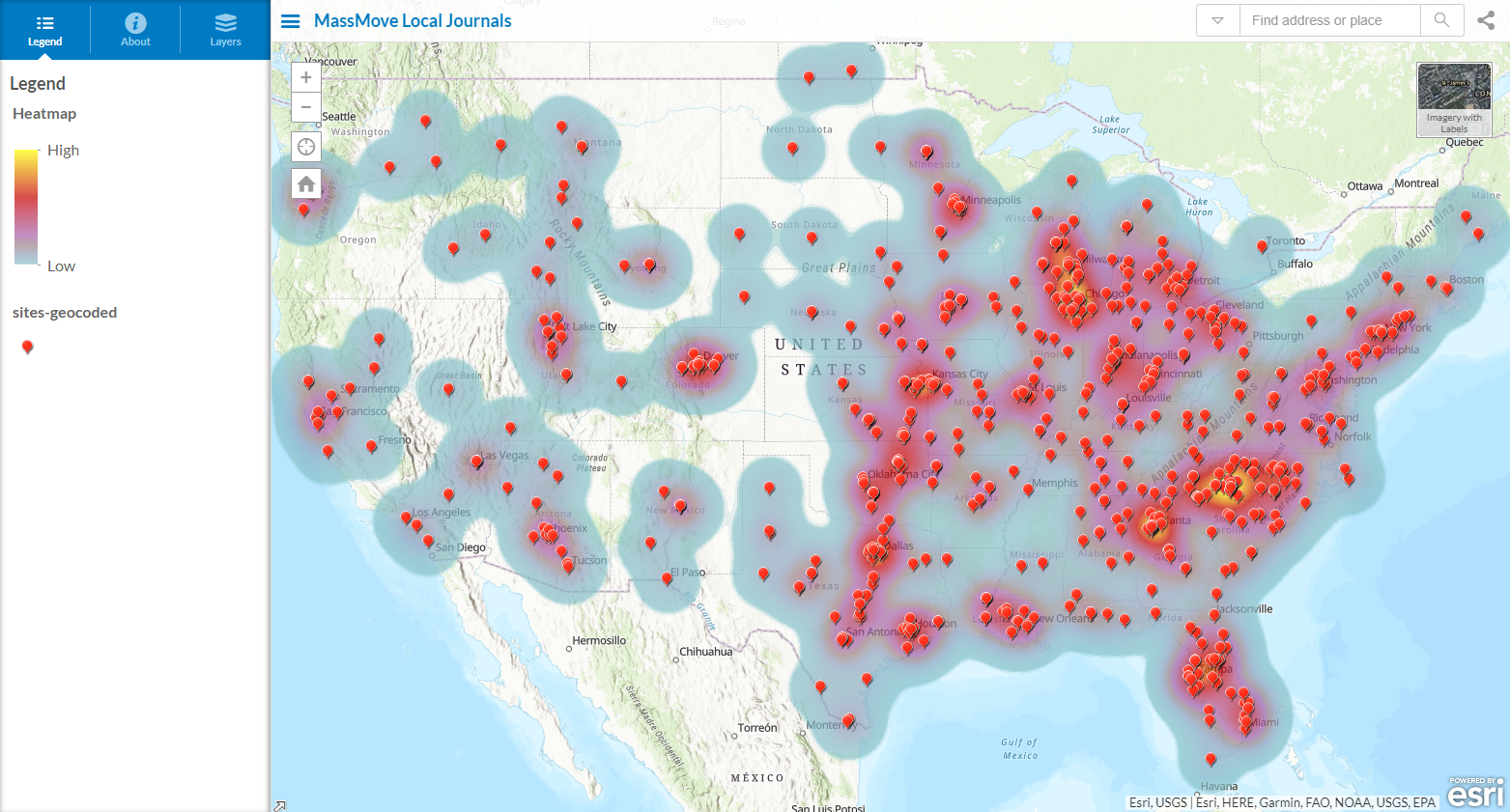 A Twitter bot to monitor and respond to tweets promoting state-backed information operations is at https://github.com/karan/TakeoverBot. It downloads fake local news sites.csv file, searches for mentions of each on Twitter, and replies to them with an informative message.

A Reddit bot to inform users when they post a link to one of the local journals: https://github.com/MassMove/AttackVectors/blob/master/LocalJournals/utils/CyberDome/tron.py.

A script that lists when domains were last posted to reddit in the last month: https://github.com/MassMove/AttackVectors/tree/master/LocalJournals/utils/RedditPostMonitor.

uBlock Origin can be configured to alert us when one of the local journals appears in the wild. Open the configuration dashboard and tab to "My filters" or enter this URL in Chrome: chrome-extension://cjpalhdlnbpafiamejdnhcphjbkeiagm/dashboard.html#1p-filters.html.

Get the rest here: https://github.com/MassMove/AttackVectors/blob/master/LocalJournals/sites-ublock-origin-filter.md

RES can also be configured to alert us... in Appearance, go to Stylesheet Loader and add a row like:

Get the rest here: https://github.com/MassMove/AttackVectors/blob/master/LocalJournals/sites-reddit-enhancement-suite.md

The methods used to find more domains are detailed in the pull requests - spme highlights:

Facebook is raking in tens of thousands of dollars from ad campaigns paid for by LGIS (Local Government Information Services) to promote the various local journals:

The Election Night disinformation blitz had all the markings of a foreign influence operation. In 2016, [Russian operatives] had worked in similar ways to contaminate U.S. political discourse—posing as Black Lives Matter activists in an attempt to inflame racial divisions, and fanning pro-Trump conspiracy theories. (They even used Facebook to organize rallies, including one for Muslim supporters of Clinton in Washington, D.C., where they got someone to hold up a sign attributing a fictional quote to the candidate: “I think Sharia law will be a powerful new direction of freedom.”)

But when Twitter employees later reviewed the activity surrounding Kentucky’s election, they concluded that the bots were largely based in America—a sign that political operatives here were learning to mimic [foreign tactics].

In 2018, as early voting got under way in Tennessee’s Republican gubernatorial primary, voters began receiving text messages attacking two of the candidates’ conservative credentials. The texts—written in a conversational style, as if they’d been sent from a friend—were unsigned, and people who tried calling the numbers received a busy signal. The local press covered the smear campaign. Law enforcement was notified. But the source of the texts was never discovered.

Somebody recently shared an unsolicited text ad that they received (ostensibly) from the Trump campaign. Since they shared it, another friend shared a slightly different one with me.

We now have three data points for how their click tracking is set up. So I pulled it in for a few reasons:

1: If we see third parties using this same utm variable tracking system, it is likely they are either coordinating, sharing lists or even using the same systems. This is likely illegal and should be brought to the attention of media.

2: The campaign and other bodies may start sending people to fake news misinformation sites (the actual campaign site is full of misinformation). It may be useful to see how they are organizing their data to see if aligns with any of the sites we are tracking.

I just imported and set _ as the delimiter. A lot of the fields are still being populated with "na" but will likely be used at some point. A bunch of fields were fairly easy to identify their purpose, so Row 1 is just a rough name and Row 2 is the intuited field name that they are likely using some variant of.

Last year, a website resembling an official Biden campaign page appeared on the internet. It emphasized elements of the candidate’s legislative record likely to hurt him in the Democratic primary—opposition to same-sex marriage, support for the Iraq War—and featured video clips of his awkward encounters with women. The site quickly became one of the most-visited Biden-related sites on the web. It was designed by a Trump consultant.

Not much to report on this front yet. Scouts?